Samarkand is a city of holy places, none more remarkable than the Hazrat Daud Cave. There are plenty of stories about how this cave came to be, all featuring David from the Bible and the miracles that make this cave sacred. Many pilgrims come to the cave with wishes they want to be granted, and they climb the 1303 steps to the cave and touch David’s handprints and footprints, so their wishes will definitely come true. At just 40 km (25 miles) from Samarkand, Hazrat Daud is a window into the spiritual world of Uzbekistan, and one of the best tours for an experience totally unique to Uzbekistan.

Must visit on your Hazrat Daud Cave tour

One of the famous holy places in Uzbekistan is found 40 km to the south-west from Samarkand, in the Aksay village territory. It is the Cave of Hazrat Daud (St. David), worshipped in three world’s religions. The cave is wrapped in a shroud of many legends, year in, year out, told over by the locals to pilgrims who come there to ask the saint for healing or accomplishment of their heart’s desire.

According to an Arab legend Lord sent the biblical King David to Asia to preach monotheism. The preaching of Hazrat Daud, as he was called by Muslims, kindled the anger of Zoroastrians, who lived there, causing them to pursue him. Daud took refuge in the mountains, and praying to God, was able to move apart the stones by hands and tucked in the mountain.

According to another popular legend David was seeking a secret place to rest before the battle with Goliath. Genii brought him to a mountainous area close to Samarkand, but ifrits found him and brought giant Goliath on their backs too. David applied to God with a prayer to hide him, for he was not yet ready for the battle with Goliath. He ran until he had inaccessible cliffs got in his way. Believing that Lord would protect him, David began to dig a hole in a boulder which suddenly became softer than wax in his hands. He went deep into the rock, leaving Goliath holding an empty bag, and basting the rock with his club in epicene fury.

The cave of Hazrat Daud is believed to fulfill any, even most incredible desire. To get to it you need to mount 1303 steps, plunging up to the mountain peak. There, at the top, you can pray at the ancient mosque. Then you need to go down 200 steps to the cave of Hazrat Daud. The cave, from 0.5 to 4-m wide, up to 15-m high and up to 60-m long, is a dark tunnel where you can see Daud’s handprints and footprints at its end. To make a wish you should touch them.

Not every pilgrim is able to climb up about 2,000 steps. The locals offer a donkey or horse to climb the mountain. Along the whole length of the stairs there are shopping stalls trading water, official mountain herbs, skins of wild animals and different souvenirs.

At 09.00 your guide will meet you at your hotel in Samarkand. Then you will depart from Samarkand to Aksay village (40 km, 1 hr). Arrive at the foot of the mountain (980m above sea level) with two roads leading to the top: 1303 steps or a horse road. Walking up the stairs takes more time, thus it is better to choose the latter and get to the top on horses or donkeys. After riding a horse for half an hour, you will be at the mosque and viewing platform (at the height of 1280m) where you will have an excellent panoramic view of the Samarkand valley.

After seeing the mosque and enjoying wonderful views, you will go down (200 steps) to Hazrat Daud Cave. There you will enjoy view of the cave, walk along the tunnel until you reach the fingerprints of palms and feet of Hazrat Daud. Then, return to the mosque and go down the stairs (1300 steps) to Aksay village. The tour will finish by returning to Samarkand. 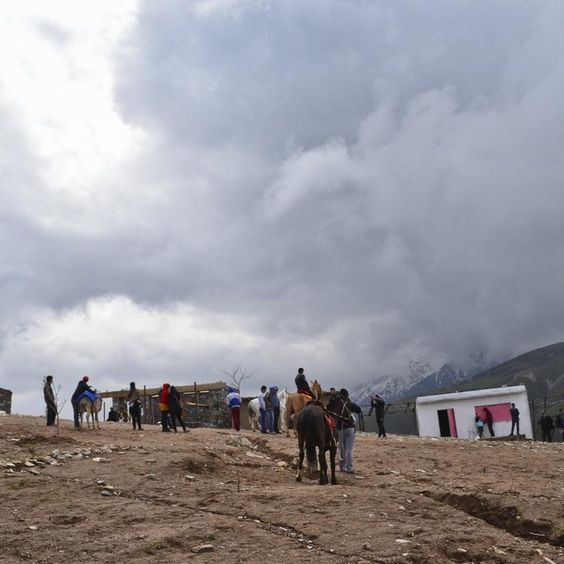 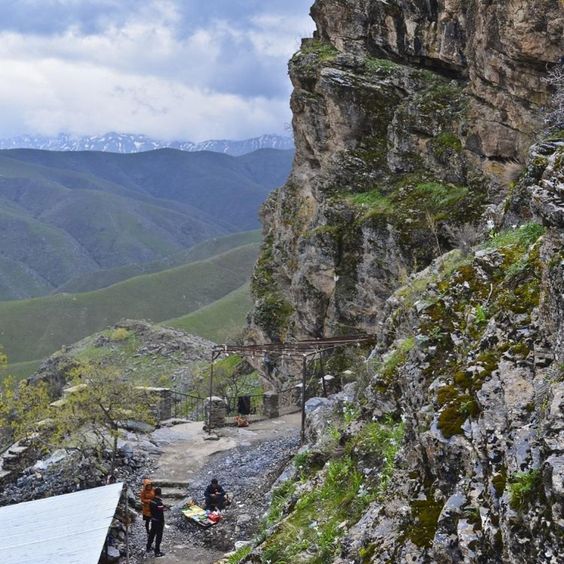