If you have a day in Termez, spend it exploring this great city. Termez, located on the right bank of the Amu Darya River on the border with Afghanistan, was once a Buddhist center, with temples and monasteries. These complexes have lain in ruins for centuries, since Islam became the main religion of Central Asia in about the 7th century. Now, Termez is home to Islamic monuments, the summer residence of Samani rulers, and the remains of the Buddhist culture that was once so widespread. This one-day Termez City Tour will take you to the main places and sights of this southern city.

Must visit on your Termez Tour

From ancient times the territory of Central Asia has been a crossing point not only of many caravan roads and ways, but also a place where different religions coexisted in ancient times: Zoroastrianism, Buddhism, Manichaeism. At present, several Buddhist temples survived in Uzbekistan. Among the most famous are Airatam, Kara-Tepa and Fayaz-Tepa.

Fayaz-Tepa complex was discovered in 1963 by the archaeologist L. Albaum during excavations near the Buddhist temple on the Kara-Tepa hill in the heart of the old Termez. This temple complex is characterized by rich paintings and well-preserved sculptures. The complex is U-shaped series of corridors, cells and sanctuaries. Separately, there is a Buddhist dagoba, which is also of great interest.

The building itself can be divided into three parts. One part is accommodation and ancillary buildings. Another one was the original dining room with kitchen, and a third one was used for performance of religious rites. Fayaz-Tepa is not only an iconic monument of Buddhism in Central Asia, but also of great value as one of the few monuments of Buddhist pictural art, which adorns the walls of the complex.

The walls along the temple were covered with paintings depicting the Buddha image variations. The walls of the sanctuary were decorated with images and story lines, one of which is the image of the two Buddhas, with images of women on both sides. The fact that the image of Buddha in Fayaz-Tepa is considered one of the most ancient images to have survived to the present date, and dates back to 1st century BC is of special importance.

The sculptures discovered by archaeologists in Fayaz-Tepa are also noteworthy. In particular, this is the statue of Buddha sitting under the sacred bodhi tree, and two monks standing on both hands. All this is included in the arch, resting on Corinthian columns. The sculpture was carved from limestone and covered with gold leaf. Today, this sculpture is one of the most valuable exhibits of the State Museum of History of Uzbekistan.

A giant dagoba of 10 meters high was discovered near the temple. There is a small dagoba inside of it of 3 meters high. This finding dates back to the 1st century AD.

In the 3rd century BC Termez was invaded by the Sassanid army, resulting in destruction of many Buddhist temples, including Fayaz-Tepa. At the time of archaeological excavations the building was heavily damaged and was under a huge layer of sand and dust. Today Fayaz-Tepa hosts a museum, research and restorations are underway.

The unique “Kirk Kiz” building (“forty girls”) which has attracted the attention of researchers for a long time , has been variously considered as a palace, an abbey, a caravansarai, Hanaqoh, or just simply a civil construction. The complex “Kirk Kiz” is situated 3 km. from the ancient city of Termez. Local tradition connects it with the well-known national legend in which the princess Gulaim and her forty girls bravely struggled against raiding nomads.

The building of “Kirk Kiz” is a square of about 54m each side of raw brick construction. At all corners of the building were protected by strong towers. There is an inside arched aperture, and also some large windows cut through each facade. There are two in intersections in the hallways placed on the two axes of the building dividing it into four equal parts. There is a little square courtyard in the centre of the building (11.5×11.5m), covered by a dome (to the mind some scholars, but according to another there was no overhead cover.

Karatepa is a Buddhist place of worship built on three hills situated in the north-west part of Old Termez. It includes a number of temples and monasteries that appeared in the beginning of the 2nd century A.D. The architecture of Karatepa is characterized by a combination of caves cut in quaternary sandstone, and surface buildings made of pahsa and unbaked brick. Interiors of the shrines were decorated with topical and ornamental paintings on stucco plaster and sculptures made of loess and clay. In the architectural decor marble-like limestone and carved stucco were widely used.

The Karatepa center achieved the peak of flourishing in the 2nd-3rd centuries. In 4th-5th centuries a considerable part of the shrines stopped functioning. During that period caves were used as burial places, and entranceways were usually bricked up. However, it is highly probable that some shrines, or at least their surface parts continued to exist as Buddhist places of worship till the 6th century. It is unknown whether some Buddhist Monasteries were destroyed by the Arabs. However, to get rid of the heathen’s temples in Central Asia, the Arabs used a practice of levying special taxies on non-Moslim cult objects still in existence. This probably put an end to the function of Buddhist monuments in Termez and its surrounding area. Most likely, the monks living in the Buddhist monasteries of Termez moved to the region of Kashmir, where at that time the dynasty of the Karkots ruled and who were active supporters of Buddhism.

In VIII- IX centuries the majority of Tokharstan’s population adopted the new religion that was brought by the Arabs. One of the causes of that non-Moslims had to pay huge taxes on territories. In the 9th-12th centuries hermits called “sufi” settled in semi-destroyed caves.

The walls of Karatepa caves still carry numerous graffiti drawings and visitors inscriptions (Bactrian, Middle Persian, Brahmi, Soghdian, Syrian, Arabic), made both when the Buddhist center was functioning and in the period of its decline when caves were still accessible.

Meet your driver and guide at the lobby of your hotel in Termez. Start sightseeing in ancient Buddhist center and one of the oldest cities in Central Asia – Termez. Visit Kokildor-Ota Khanaka, Fortress Kyrk-Kyz – a summer residence of Samani rulers, Sultan Saodat Ensemble, and Zurmala – Buddha's stupa. Continue to Buddhist archaeological sites of Kara-Tepa, Fayaz-Tepe and Mausoleum of Al-Hakim at-Termezi. Transfer back to the hotel.
Duration of sightseeing tour: 4-5 hours 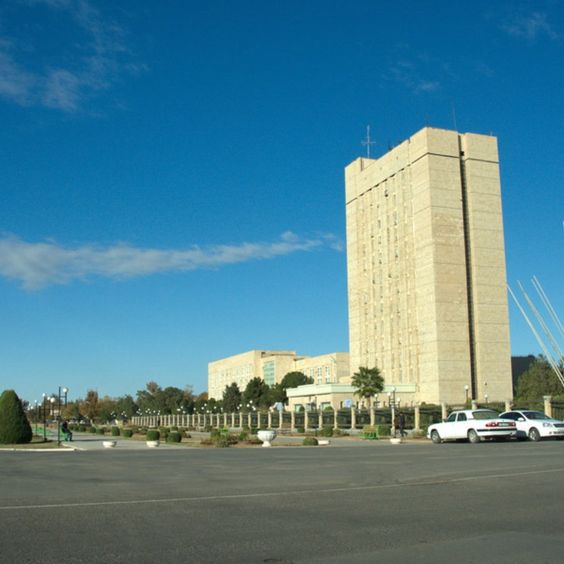