Take a magical journey to the stars with the Uzbekistan Astronomical Tour. Start with the Tashkent Planetarium and the Museum of Astronomy, and learn about the modern astronomical activities of Uzbekistan. Day two is a trip to Samarkand, and a dive into the history of astronomy in Central Asia. Though the tour visits many of the main sights in Samarkand (including Registan Square and Bibi Khanum Mosque), the center of the tour is Ulugbek’s Observatory, which was one of the most important observatories of the day, and made a number of important discoveries and calculations. Finish up the tour with a walk through the museum at the observatory and visit a shop that shows traditional textiles with patterns that are tied to the space and galaxies. The Astronomical Tour is the best tour to discover Uzbekistan’s long scientific heritage and visit the places and people that made it all happen.

Must visit on your Uzbekistan Astronomical Tour

Tashkent is one of the oldest cities on the Great Silk Road between China and Europe. The earliest references to Tashkent as a city settlement appeared in written sources in the 2nd century BC. In the Chinese annals the city is called Yueni or Shi; in the records of the Persian king, Shampur, it appears as Chach; and in other Arabic sources, Shash. The name Tashkent first appeared in Turkish documents of the 9th to 12th centuries.

From ancient times, a favourable geographical position and mild climate made Tashkent one of the main Silk Road cities. In the 14–15th centuries it was the part of the Timurid Empire, and in the 16th century it was under the control of the Sheibanids dynasty. In 1865, after the conquest of Mikhail Chernyaev, Russian military leader, the city became under the rule of the Russian Empire and Russian government was established here. In 1930 Tashkent was declared the capital of Uzbekistan, former Uzbek SSR.

The history of Samarkand is about 2,750 years old and has witnessed many upheavals during the times of Alexander the Great, the Arabic Conquest, Genghis-Khan Conquest and lastly Tamerlane’s. Hence, the culture of Samarkand was developed and mixed together with the Iranian, Indian, Mongolian and a bit of the Western and Eastern cultures.

Over the history this legendary city on the Silk Road went through growths and decays, suffered from destroying invasions of foreign rulers and again revived, becoming more beautiful. Trade routes to the west, to Persia, to the east, to China, to the south, to India, intersected here and formed intersections of the Silk Road.

Today Samarkand is the treasure of unique antiquity spirit. It is included in the UNESCO World Heritage List due to the abundance of material and spiritual values. Unique monuments of ancient architecture, heritage of scientific and arts schools, artisans workshops are well-known around the world.

Samarkand is one of the most ancient cities in the world. As other first centers of human civilization – Babylon and Memphis, Athens and Rome, Alexandria and Byzantium – Samarkand was intended to go through many events and shakes.

History of Samarkand goes back in remote days. Archeological finds and chronicle records of eyewitnesses and ancient historians allowed to establish with full reliability that a man lived on the territory of modern city many centuries before the Common Era.

In the morning meet your guide and driver at your hotel lobby to take a head to the Institute of Material science “Physics-Sun" in Parkent village (45 km, 30 min). The Institute has a unique scientific object of a Large Solar Furnace with the capacity of 1000 kW. Return to Tashkent.
After you will visit Planetarium to watch the sky and the planets, the meteors, black holes, comets of various sizes, the stars and twelve signs of the zodiac. In the afternoon continue sightseeing. Visit to Museum of Astronomy at Astronomical Institute (The museum is under construction. No definite date for the opening has been announced.). There are telescopes, octant, reflector and marine chronometer at the museum. You will have a chance to watch the sun at the Observatory. After dinner, drive back to the Observatory to enjoy the stars at night. Overnight at the hotel. 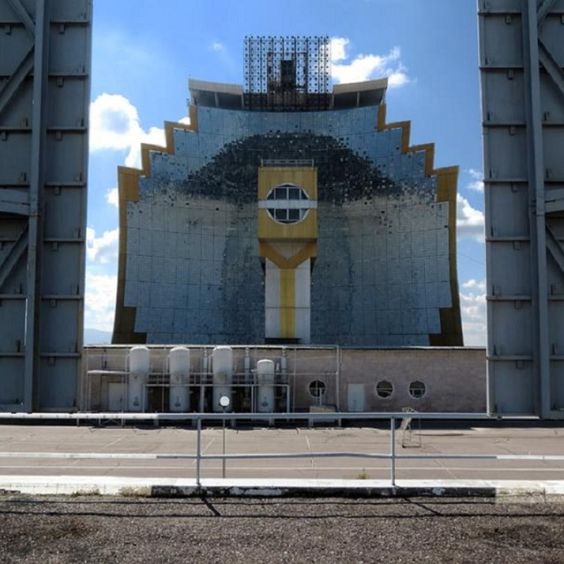 At 07:00 transfer from your hotel to the railway station. The high-speed Afrosiyob train departs from Tashkent at 08:00 and arrives in Samarkand at 10:10 (300 km). Your guide and driver will meet you at the train station. Samarkand city tour includes visits to a spectacular Registan Square, Bibi-Khanum Mosque and Suzani shop to talk about the patterns intertwined with the space and galaxy. Further, you will visit Gur-Emir Mausoleum, Ulugbek Observatory that was considered as one of the most important observatories of the Middle Ages. The next stop will be Memorial Museum of Mirzo Ulugbek. The museum exhibits some pieces from Ulugbek’s heritage.
Back to the railway station at 16:30. The train departs from Samarkand at 17:00 and arrives in Tashkent at 19:10. Transfer to the hotel. End of the tour.