With Turkmenistan Tours you will discover Turkmenistan an an unprecedented region, with vast deserts, large avenues, and historical and natural sights unrivaled anywhere else. From Darvaza Gas Crater to the breathtaking architecture of Ashgabat, our best Turkmenistan tours take you everywhere.

Turkmenistan has a long tradition on the Silk Road, when caravans crossing the vast Karakum Desert will stop at oasis cities like Merv. However, most of the local population led a nomadic life, wandering through the desert (the famed Akhal-Teke horses were admired for their speed and stamina in the desert) (the famous Akhal-Teke horses were prized for their speed and endurance in the desert). After being the Turkmen Soviet Socialist Republic, Turkmenistan became independent in 1991, and with plenty of natural gas reserves, the country soon grew (the Darvaza Gas Crater is one such gas field) (the Darvaza Gas Crater is one such gas field).

Whether you start with the modern streets of Ashgabat, or the ruins of ancient Merv, or the prehistoric and unchanging Karakum Desert, booking the best Turkmenistan tour is an option you won’t regret. Samarkand Tours Operator’s years of experience with the best guides, restaurants, and hotels means that your journey to Turkmenistan is guaranteed to be unforgettable.

Turkmenistan tour packages provides you to visit Turkmenistan,  an eclectic nation that oozes tradition and quirkiness, with warm people who enjoying offering a friendly hand to tourists (even though the government is much less effusive) (even if the government is somewhat less effusive). Visit this peculiar nation to forge a route through windswept deserts and jagged mountains, through aromatic spice bazaars, along the ancient Silk Road, all the while witnessing the distinctive faces of Central Asia.

From Desert to Coast Tour

From Khiva to Darvaza Tour

Testimonials about trip to Turkmenistan

Simone
An absolutely excellent whistle-stop tour of some of the main sites in Uzbekistan. An absolutely fascinating country and so many beautiful buildings. The yurt camp and mountain homestay were huge highlights and I adored Bukhara. Hotels were pleasant throughout and the facilities at camp and homestay were very good. If you’re lucky enough to get Zokir as your guide its the icing on the blue-tiled cake. Highly recommended. Plov is surprisingly good!

John
The trip was excellent in every way organisation, accommodation, transport, sites visited most leaders.

Lynnette
A well organised and varied trip with lots of local involvement. The temperature change between Son Kol and Bukara was more exreme than I anticipated (-4-40), so take plenty of warm clothes. It was a great experience.
Angela
It was the first time we have travelled with a tour company. It takes away the stress of booking hotels, transport. Traveling in a small group proved quite friendly. SamarkandTours provided good service and an entertaining itinerary.
Phillip
The sights of the Silk Road are stunning and must be seen at least once in a lifetime. Unfortunately, the ‘local’ aspects of this trip are really non-existent and are badly oversold in the trip description.
Kim
This 8-day Uzbekistan trip is packed full of culture, history, mosaics and mausoleums. Travelling through desert, mountain and urban landscapes, you get a small flavour of this big-hearted nation. Just go!
NiamhCEO
Our SamarkandTours tour in Uzbekistan exceeded our expectations. The guide was helpful and knowledgeable, the scenery is spectacular, the included activities were comprehensive and the people friendly. Our accommodations and the food exceeded our expectations. We will travel with Samarkand Tours again.
Kathyn
I highly recommend this tour. It made travel through some hard to travel places easy and the guides we had were friendly and knowledgeable. It had a good mix of free time and inclusions, and the small group size was great.
Dominic
Previous
Next

Turkmenistan at a glance

Over 80% of Turkmenistan’s land mass is covered by the Karakum Desert, which stretches from west to east for 880 km. Consequently, the landscape is dominated by undulating sandy desert dunes, with low mountains to the south and south-east, and the Caspian Sea running the length of the western fringe. Turkmenistan shares borders with Kazakhstan to the north, Uzbekistan to the east, Afghanistan to the southeast and Iran to the south.

With a dry, subtropical desert climate, Turkmenistan earns the rank as Central Asia’s hottest country. Spring (April-June) and autumn (September-November) are the ideal times to visit, as this is when weather conditions are the most comfortable. During summer – particularly July and August – the mercury can tip up to 50 degrees Celsius on a regular basis, while winters can get very cold, down to freezing in some parts of the north.

Listening to car radios, lip-synching and recorded music were all prohibited as he believed they stifled the natural creative talents of Turkmen.

Banned in 2004, because he believed Turkmen women were beautiful enough already without make-up. (Although, some reports claim this was actually because he was struggling to tell the difference between the male and female newsreaders!)

Banned in April 2004 – instead Niyazov decreed the youth of Turkmenistan should chew on bones to preserve their teeth, in the same way dogs do.

4. Opera, Ballet and the Circus

Banned in 2001 for being unnecessary and ‘decidedly un-Turkmen-like’.

Banished from the streets of the capital as a result of their ‘unappealing odour’.

Intrepid takes the health and safety of its travellers seriously, and takes every measure to ensure that trips are safe, fun and enjoyable for everyone. We recommend that all travellers check with their government or national travel advisory organisation for the latest information before departure: 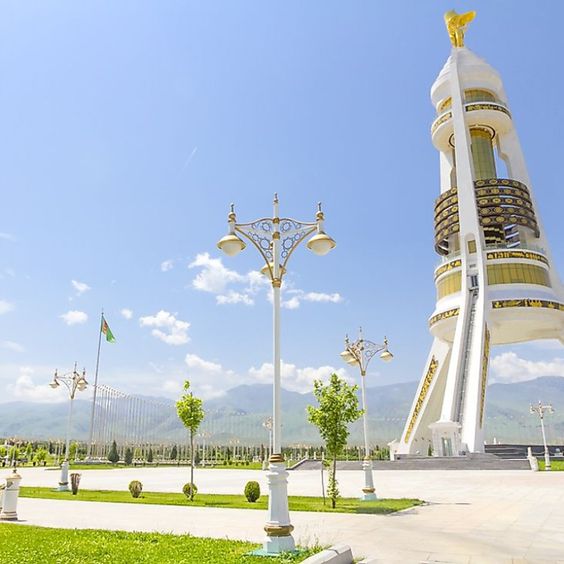 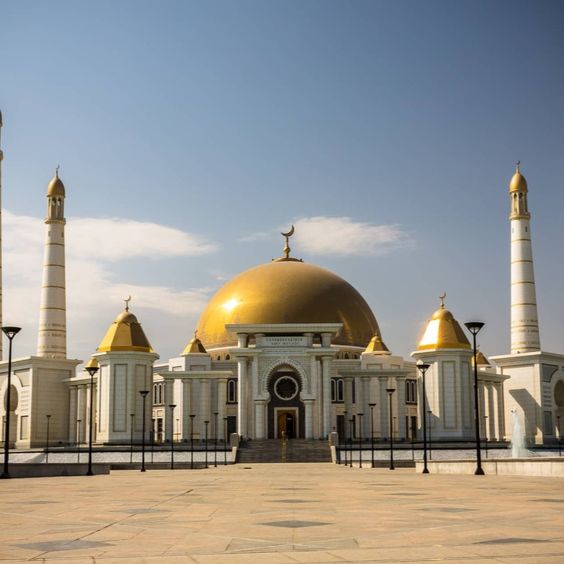 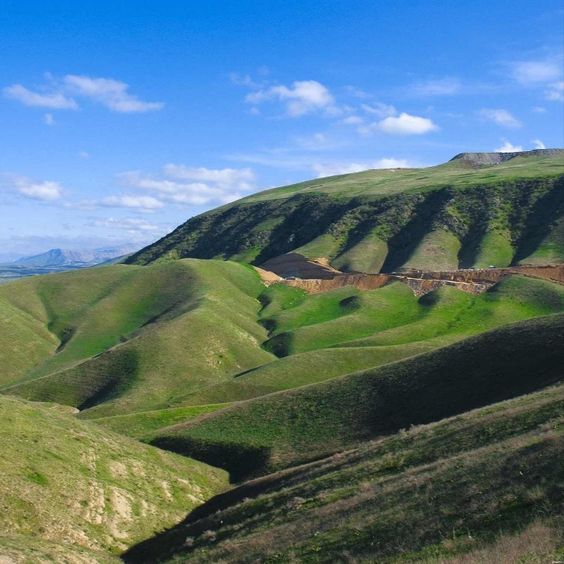 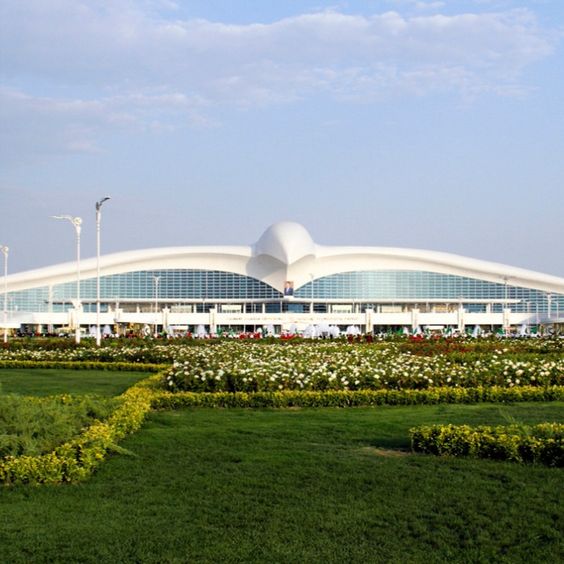 Do I need a visa to travel to Turkmenistan?

Is tipping customary in Turkmenistan?

Internet access is available in all large towns at state-run internet cafes. Free wi-fi is sometimes available, although may be also be charged in some places. All internet access is via the state-run domain so emails may be monitored and many websites (including social media like Facebook and Twitter) are blocked.

Can I use my mobile/cell phone while in Turkmenistan?

Roaming agreements are in place with some international phone companies, however mobile phone coverage is mostly limited to Ashgabat. Remember to activate global roaming with your service provider before leaving home.

Turkmenistan has a mix of squat toilets and flushable toilets. As a developing nation, expect to adjust to different levels of sanitation. Always carry your own toilet paper and hand sanitiser as these are rarely provided.

What will it cost for a…?

Can I drink the water in Turkmenistan?

Tap water isn’t considered safe for tourists to drink and you should also be careful when eating salads and other uncooked foods that may have been washed in water, avoid ice in drinks and peel fruit before eating. For environmental reasons, try to avoid buying bottled water. Ask your leader and accommodation provider for local advice on where drinking water can be accessed.

Credit card usage – including cash advances – is only available in Ashgabat, and even then, mostly in hotels. Large hotels, restaurants and tourist service providers generally accept credit cards, but expect smaller operators and shops to accept cash only.

ATMs are difficult to find, even in Ashgabat. If travelling through rural and remote areas, be aware that there will be no ATM access. Most ATMs are only of use to locals and do not accept foreign cards.

Do I need to purchase travel insurance before travelling in Turkmenistan?

Absolutely. All passengers travelling with Samarkand Tours Operator are required to purchase travel insurance before the start of your trip. Your travel insurance details will be recorded by your leader on the first day of the trip. Due to the varying nature, availability and cost of health care around the world, travel insurance is very much an essential and necessary part of every journey.

What public holidays are celebrated in Turkmenistan?

Please note these dates are for 2017. For a current list of public holidays in Turkmenistan go to: http://www.worldtravelguide.net/turkmenistan/public-holidays

What to expect on a trip to Turkmenistan?

What to expect on a trip to Turkmenistan? The gateway to the Silk Road from the Middle East is distinct from the other ‘Stans’ in